Just off the bustle of U Street, the chefs of St. James – a buzzing but cozy restaurant that opened in May – expertly meld modern Caribbean food with the international cuisines that influence Trinidadian meals.

The restaurant, named after a district within Trinidad’s capital, comes from the same ownership as H Street Caribbean street food spot Cane under restauranteur Jeanine Prime. The eatery is only open for dinner from Tuesday through Saturday, but the welcoming environment, friendly service and incredible food make it a must try.

The sound of flashy Caribbean music played throughout the restaurant as I stepped inside, and a charming host led me to my window-facing seat in the front of the dining room with a mixture of tables and booths. An ample bar lines one side of the restaurant, and a second-floor mezzanine in the back provides about a dozen seats that overlook the rest of the building, with green, leafy Caribbean flora planted throughout.

Each table held a small candle in an ornate glass jar, and a small green plate with gold-colored silverware rested at each seat.

St. James’ menu celebrates Trinidadian and Caribbean cuisine, like the Callaloo soup with pureed spinach, chilies and coconut milk, all topped with lump crab meat ($16). Some dishes also honor the influence of other cultures and cuisines on Caribbean foods, like the Pork Pow, which the menu describes as Trinidadian-style Chinese steamed buns stuffed with spicy ground pork ($14). One of the restaurant’s signature drinks, the Pineapple Chow, features Trinidadian rum, pineapple, black pepper and lime ($14) and would certainly pair well with any meal.

By the time the server came around for my order, I decided to try the aloo and channa pies ($12) with a side of coconut rice ($6). Just minutes later, the server brought out the two pies, described as fried bread stuffed with cumin-spiced potatoes and channa, a chickpea-based dish from the Indian subcontinent.

I was, admittedly, slightly nervous heading into the meal because I have never been a sympathizer of chickpeas, but my first bite instantly assuaged any initial concerns about the quality of the meal. The bread was expertly fried and perfectly held the warmth of the potatoes and channa, which were the real stars of the dish. The mashed potatoes were the perfect blend of savory and spicy, and the channa brought an incredible texture and hot, tomatoey flavor to the dish.

The pies, which were delivered on a plain white plate, also came with what the server described as a type of garlic sauce, but it tasted more like pineapple. Nonetheless, the sauce was strong and made for a welcome, though powerful, addition to the dish.

The coconut rice, a side consisting of jasmine rice, lime leaves and coconut milk, was also sweet and offered a nice contrast to the spices of the pies.

I couldn’t leave without a dessert and indulged myself with an order of chocolate ginger mousse ($9), which was honestly one of the best desserts I have had in months. The delectably creamy mousse was topped with coffee cream and chocolate pearls – the latter of which provided a crunchy contrast to the smoothness of the mousse.

I had no idea what to expect before walking into St. James, but by the time I walked back outside into the daily summer storms of D.C., the new restaurant had enlightened me to the delicacy that is Caribbean fusion.

This article appeared in the July 15, 2022 issue of the Hatchet. 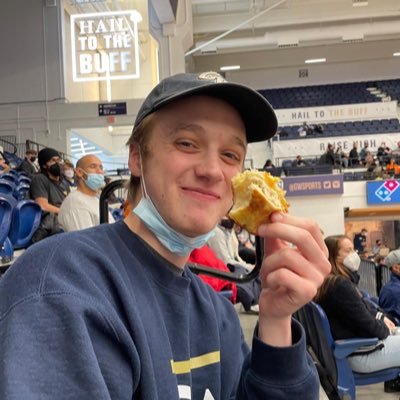 Zach Blackburn is the senior news editor of The GW Hatchet.

Here are five tips to add a little magic to your holiday function without adding too much effort to your workload.

Go-to gifts for every personality lining your holiday shopping list

From the travel lover to the kitchen connoisseur, we’ve created a gift guide for the mix of personalities piling up on your shopping list.