Thousands marched on the National Mall Saturday to celebrate the contributions of science to society and demand evidence-based policies from government.

The march was part of an international movement of more than 600 satellite marches worldwide Saturday. It was held on the 47th anniversary of Earth Day to rally in support of research funding and protest proposed cuts to federal agencies by President Donald Trump’s administration.

Organizers said on the event’s Facebook page that they hoped to see policy changes as a result of the protests happening worldwide.

“Our plans for policy change and community outreach will start with marches worldwide and a teach-in at the National Mall, but it is imperative that we continue to celebrate and defend science at all levels – from local schools to federal agencies – throughout the world,” the post said. 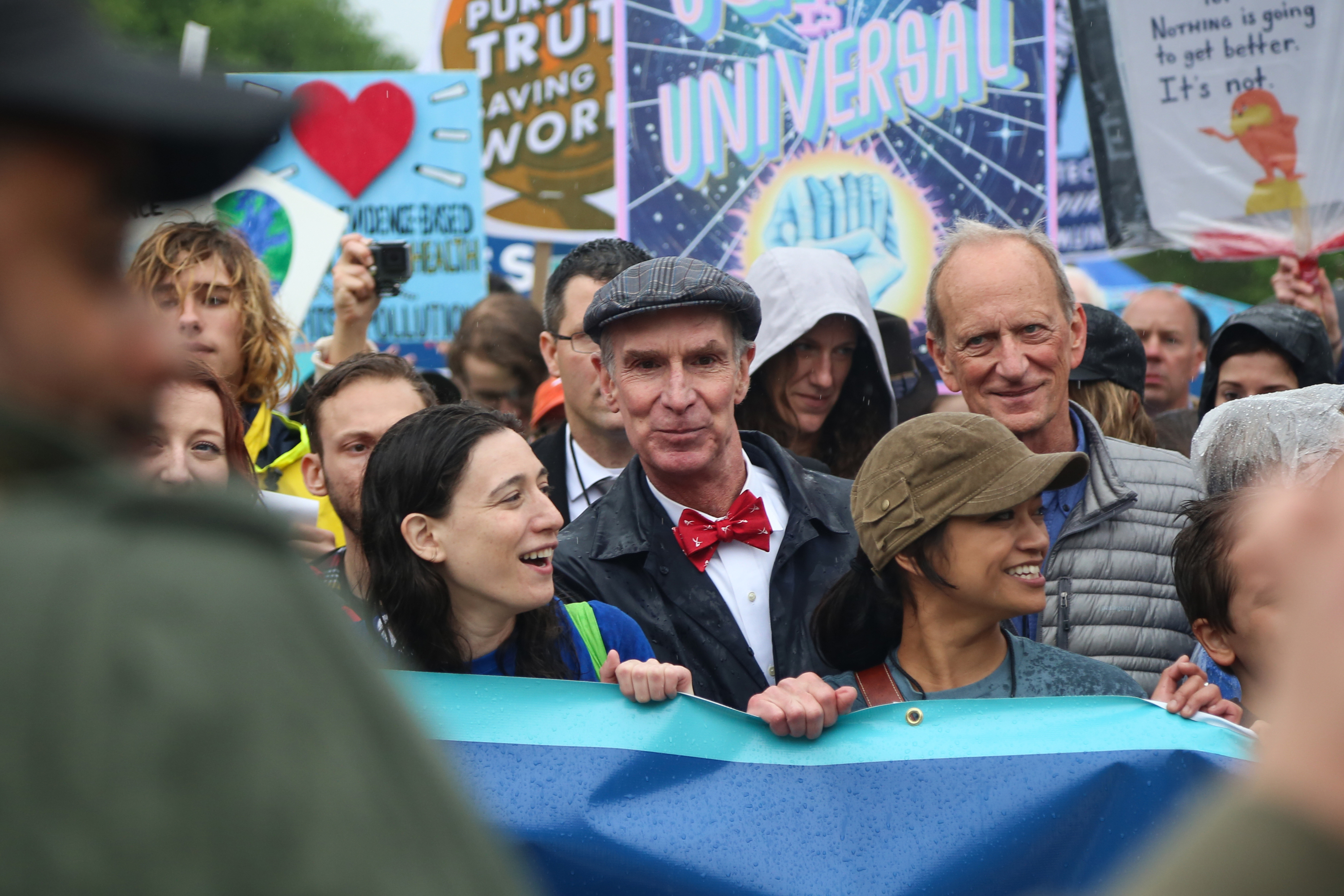 The day began with teach-ins designed to educate the public about the work of scientists and the contemporary issues they face. Demonstrators officially began to march to the Capitol at 2 p.m.

Sarah Evangea, director of the Cornell Alliance for Science, said her organization worked as an official partner of the march to bring greater awareness of climate change and the “scientific consensus” about the safety of vaccines and genetically modified crops.

“We’re really proud to be partnering because we really do share, as organizations, this value for science,” she said. “We realized that our organizations really share our core value being the need for science to inform policy.”

Richard Whiteford, board member and climate change adviser for the World Information Transfer, an environmental non-profit organization, said he joined the march to speak out against the government’s roll-back of policies designed to prevent climate change and its silencing of scientists who study the issue.

“What needs to follow up after the march is very hard pressure on the government to not squelch science and not cut their budgets,” he said. “That might take scientists boycotting the government.”

The budget cuts the Trump administration is proposing would affect organizations that are important for jobs and research like the National Institute of Health.

Terry Gutgsell, an oncologist at the Cleveland Clinic, marched with his wife to oppose proposed budget cuts to these science-based government departments and agencies.

“I think that people are going to be losing their health insurance because the administration wants to put more of their money into defense and less into healthcare,” Gutgsell said. “I work at an academic medical center and so much of our activity is on research that benefits people in the here and now.”

Gutgsell said he was concerned about what he called an increased effort to discredit science. He said the march will persuade members of Congress to listen to the voices of the science community.

“I’m so frightened by the delegitimization of science in general. I think that it’s important that Americans stand up for science and truth,” he said.