When scientists from around the world rally on the National Mall Saturday, some faculty and student organizations will be in the crowd.

The March for Science, a demonstration celebrating the contributions of scientific research and demanding fact-based government policies, is set to take place Saturday on Earth Day in 500 cities around the world with a flagship demonstration in D.C. Faculty said they wanted to take part in the march to voice the concerns of the scientific community facing steep federal budget cuts and attacks on its credibility.

D.C. is expected to host the largest of Saturday’s marches. The protest, beginning at the Washington Monument and ending near the U.S. Capitol Building, will feature speeches and teach-ins about science and government advocacy, according to the event’s website.

GW’s biology department will also host a series of discussions Friday in Funger Hall, ahead of the march, centered on science and policy, according to a University release.

Evangeline Downie, an associate professor of physics, said she will protest with friends at a satellite march in Philadelphia. Downie said the demonstration will show the public and the government that budget cuts to agencies conducting scientific research block progress and prevent important discoveries.

President Donald Trump’s proposed budget would slash funding for the Environmental Protection Agency by 31 percent and the National Institutes of Health by 18 percent, costing more than 3,000 jobs, according to the document released by the White House.

Faculty said last month they were concerned about proposed cuts to the NIH, which funnels more than $23 million into GW research projects. 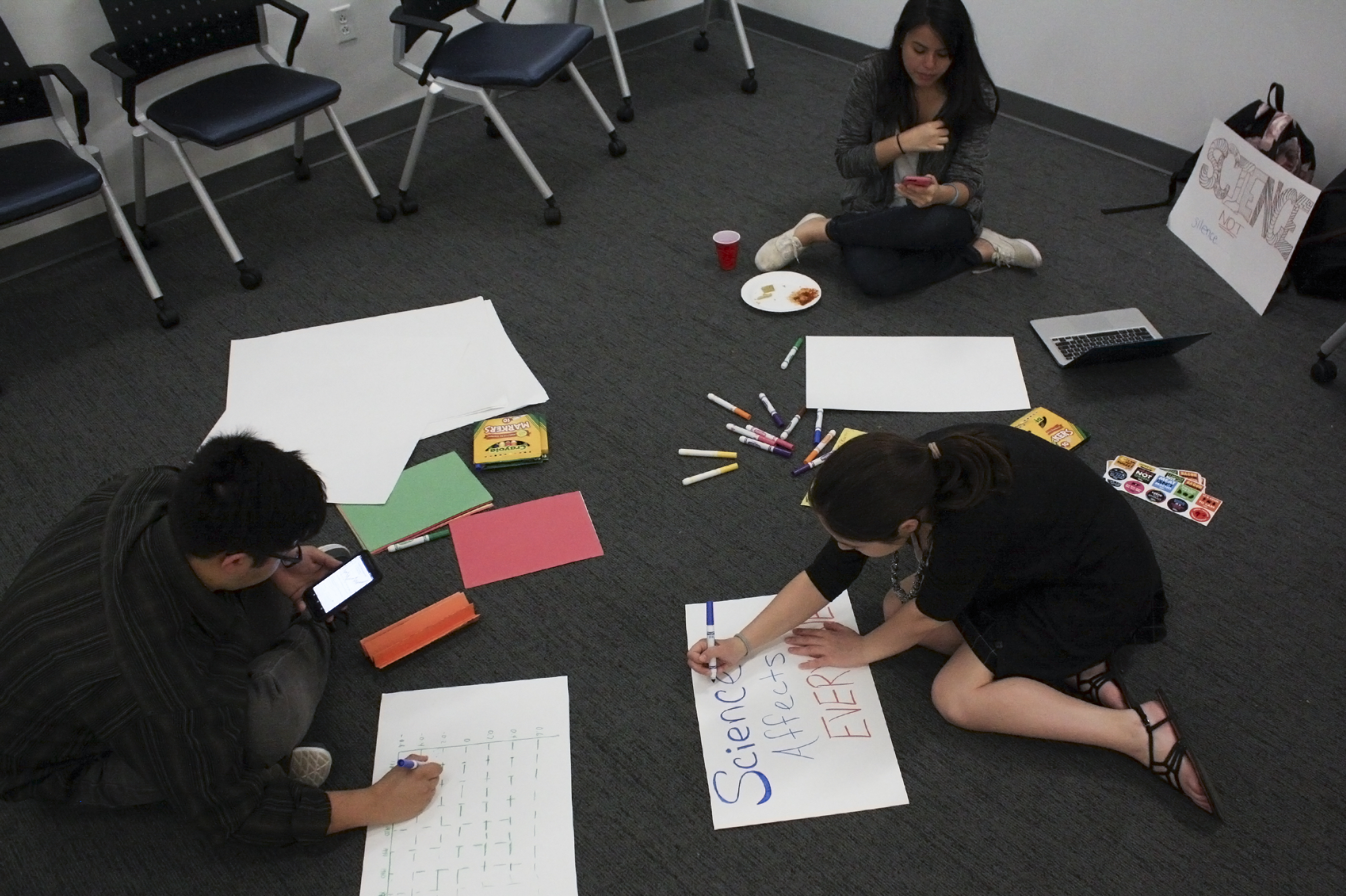 Downie said she fears further cuts to scientific agencies if not enough people show up to protest.

Catherine Forster, a professor of biology, said she is demonstrating to voice her opinion that fact-based science should not become a political issue.

“As a scientist, we deal with facts, that’s the start and the end of it all,” she said. “It’s not about who talks the loudest, or who has the most forceful argument, and that’s what tends to get lost, and I think that’s an important thing to support.”

Forster added that she does not see an issue with scientists rallying against Trump’s political agenda, a common criticism of Saturday’s demonstration.

“I have no problem with it, I am a citizen of the country and I just happen to be a scientist as well, that’s my right,” Forster said.

The event’s website says there has been a trend toward discrediting scientific consensus and stifling research. Organizers said the event will be a nonpartisan rally to protect science that serves the public good and demand political leaders support this work.

Keryn Gedan, an assistant professor of biological sciences, said she will protest to raise awareness about the vital role that environmental science plays in the world. She said by lending her voice to the march, she is helping unite scientists from different fields together for a common cause.

“What science is about is asking questions and discovering truth, and I think that that’s a message everyone can get behind and that students should spread,” she said.

Some science-based student organizations said they would also be marching on the mall Saturday.

Senior Reem Al Shabeeb, president of the GW Biology Society, said the march is needed to remind the public about the positive contributions science brings to people’s lives.

“Science is like sanctuary to me and many GW students. Some of our time in the lab has translated to some of our ‘only at GW’ moments,” Al Shabeeb said.

Junior Tiffany Mendoza-Farfan, the vice president of GW Animal Advocates, said that her organization is participating in the march because animal rights issues, like climate change and habitat loss, are involved in the demonstration.

“Facts are facts, that’s what science is, it isn’t debate,” she said. “And I think things like climate change affect everybody, even if you believe in it or not.”

This article appeared in the April 20, 2017 issue of the Hatchet.