Thursday 14
U.S. Marine Band
Every year, the national military band holds free performances around the city. The band will perform on Flag Day in front of one of the most recognizable District landmarks, the Washington Monument.

Friday 15
“Memphis” at the Kennedy Center
Visit one of the world’s most famous performing arts venues for this musical about two singers ready to make their mark. After the show, head up to the building’s terrace. 7:30 p.m., $45 and up 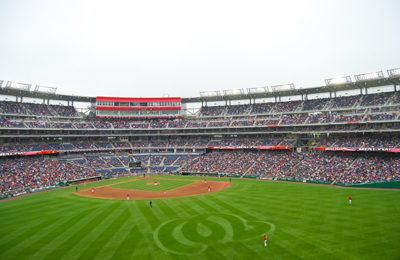 Saturday 16
Nationals vs. Yankees
Visit Nationals Park at Navy Yard, the first LEED-certified major professional stadium in the U.S. Take a 15-minute metro ride to watch the D.C. team face off against an East Coast rival. Keep an eye on the game so you do not miss the Racing Presidents – mascots dressed as different U.S. presidents who run around the stadium.
7:30 p.m., $10 and up

Tuesday 19
Butterfly Pavilion Exhibit
The Smithsonian museums are some of the most famous in the world, and admission is free. Stop by the Museum of Natural History to walk through an exhibit filled with hundreds of live butterflies.
Doors open at 10 a.m., free 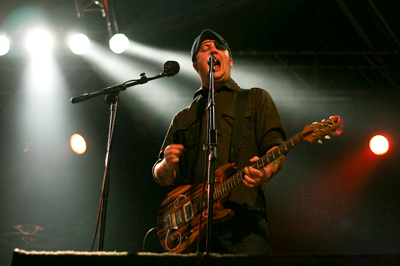 The 9:30 Club is the top spot in the U Street Corridor for artists like the indie rock band Modest Mouse. Purchase tickets in advance – the club is usually packed on nights that feature popular performers. 7 p.m., $40 and up

Wednesday June 27
Smithsonian Folklife Festival
Held on the National Mall near the Smithsonian museums, this festival celebrates American and global cultural traditions captured in art, music, cuisine, dance and storytelling. With speakers and performers from around the world, the event attracts about 1 million visitors yearly.
11 a.m. to 5:30 p.m., free

Norah Jones
Grammy-winning artist Norah Jones will perform at the Filene Center. Her most recent album includes collaborations with over 15 artists. The Center is closest to the West Falls Church Metro station, a less than 20-minute ride on the orange line from the Foggy Bottom Metro Station.
8 p.m., $30 or $50

Saturday 30
D.C. United College Night
Watch the D.C. United soccer team face off against the Montreal Impact at the District’s RFK Stadium, and be prepared for rowdy fans. Before the game, stop by Lot 8 for a tailgate party including food, drinks and games.
7:30 p.m., $22 with student ID

Great American Festival
Flock to the National Harbor waterfront for one of the District’s largest Independence Day celebrations. Enjoy live music from 10 bands and DJs, food from some of DC’s top vendors and fireworks over the Potomac River after sunset.
All day, free

Sunday 31
Pennsylvania Avenue Tour
Most know Pennsylvania Avenue as the grounds of the White House, but this historic street is also home to the FBI headquarters and the Navy Memorial. Catch a tour with DC Walkabout at the corner of Jackson Place and H Street NW.
2 to 4 p.m., free

This article appeared in the June 12, 2012 issue of the Hatchet.