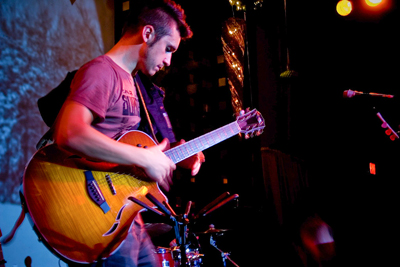 Feb. 18
In 2006, Matthew Santos exploded onto the music scene with the help of one of my hometown heroes, Lupe Fiasco. Offering up the hook on such tracks as “American Terrorist” and the ubiquitous “Superstar,” Santos became known for his unique tone and slick Mohawk. His collaborations are undeniably impressive, but those who have not looked into his solo work are missing out. Santos’ debut album, “Matters of the Bittersweet” is a deep and soulful piece of work, and his 2010 release, “This Burning Ship of Fools,” is of equal quality, with a slightly more mature tone. But with his newest album, “Quickly Disappearing,” Santos has really hit his stride. Featuring a completely unique vocal tone, random scat breakdowns, Afro-Cuban influences and pitch-perfect harmonies, this is an album worth buying.

Score: His work with Lupe was just the tip of the iceberg. If you liked the vocals then, you’ll love them now.
Bore: Vocal tone may be too eclectic for some.

He’s a literal legend, from the rap album “Black Star” to the 2003 film “The Italian Job.” One of the few rappers to truly cross over into the world of film and television, Mos Def – who asked to be referred to by his chosen name, Yasiin Bey, beginning in 2012 – has garnered critical nominations in both disciplines, and managed to do so while maintaining a critical outlook on the world. Bey recently signed with Kanye West’s G.O.O.D. Music label, meaning there is a lot more to come from him. Look for tracks from the duration of his career, as well as some solo takes on the collaborations with West that made him famous with mainstream listeners, including “Good Night” and “Lord Lord Lord.” But the crown jewel of the show will be if and when Bey decides to freestyle. Trust me, you won’t be disappointed. For further proof, just search for “Mos Def Freestyle” on YouTube.

Score: Freestyle, serious thoughts on today’s issues and a living legend of film and music.
Bore: Political discussion could get heated. 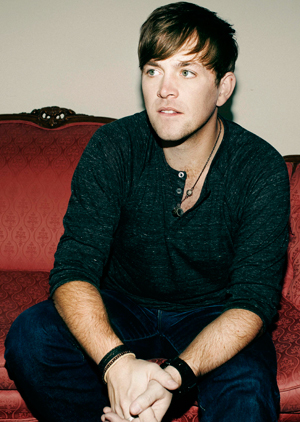 Yes, Dave Barnes is a Christian rock artist. But so are a bunch of other performers whom you have probably enjoyed or seen live – or at least thought about seeing live. Don’t write a musician off simply because of his or her religious practices, because in doing so, you would miss out on this truly incredible performer. Barnes skyrocketed to fame this year after Blake Shelton covered his dormant hit, “God Gave Me You,” which led both artists to receive Grammy nominations. Barnes will attend the Feb. 12 Grammy Awards ceremony, so tune in to see how it all works out. One month later, on March 13, his new album, “Stories to Tell,” drops online and in stores. Barnes is known for his impeccable sense of humor as well as his on-stage antics, and that makes this a show you don’t want to miss.

Score: Standout tracks include “Until You” and “God Gave Me You.” The new album features rock with a Southern, acoustic touch, and should be majestic live.
Bore: Somehow, artists defined as “Christian rock” tend to attract an older audience – not always the most active or party-going set.

Margaret McDonald, who is running to fill a seat that has been vacant since January, wants to push to defund the police and tighten pedestrian safety.

GW held a virtual graduation this year due to the COVID-19 pandemic, but the class of 2021 still celebrated together on the National Mall and at sites around campus.