The ability to capture an instant in time, in both their public and private lives, captivated a group of post-impressionist artists in the late 19th century.

The exhibition pivots around how the 1888 invention of the Kodak handheld camera affected post-impressionist artists, both stylistically and theoretically.

“They had artistic explorations in photography that they never pursued in the rest of their work,” exhibit curator Elizabeth Easton said. “I think that’s why photography is really a vivid demonstration of their artistic curiosity and visual expansive repertoire.”

A fluid, rapidly unfolding scene could be captured and frozen for later artistic scrutiny, changing the definition of what a subject or portrait meant for these painters. 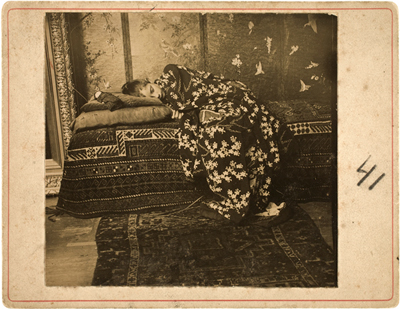 “I find it fascinating how different our perspective is today with the invention of smart phones,” Phillips Collection chief curator Eliza Rathbone said.

The Phillips Collection, which prides itself on being one of the world’s most distinguished displays of impressionist and modern art, is no stranger to impressionist paintings, but the integration of historical photographs adds a new perspective, in some cases offering an entirely new way to look at classic pieces of art.

“The fact that this exhibition is here, where Vuillard and Bonnard are such prominent artists from the collection, is such a sense of amplifying what makes sense at the Phillips,” Easton said.

Easton first conceived the idea for what has now become “Snapshot” after she discovered Vuillard’s collection of photographs while visiting the artist’s family members in Paris more than 20 years ago.

Although the general theme of the exhibition is quite broad, it narrows to specifically examine the unique way artists used a flash of light to capture the world seen around them.

The exhibition also introduces a greater range of work from the Dutch painter Breitner who until now only had one piece of art on display in the United States, at the Indianapolis Museum of Art.

“You see things that never took form in these artist’s paintings,” Easton said.

The exhibition is on view at the Phillips Collection through May 6, 2012.