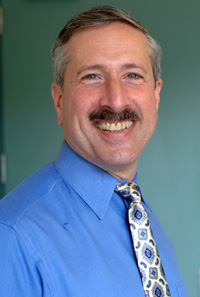 Steven Lerman, current vice chancellor and dean for graduate education at the Massachusetts Institute of Technology, will be GW’s next provost, Lerman and University officials have confirmed.

Speaking briefly over the phone Wednesday afternoon, Lerman said it is “with great honor and with incredible excitement” that he accepts the position. Lerman will also serve as the University’s executive vice president for Academic Affairs, once current EVP Donald Lehman steps down from his position on June 30, 2010.

At MIT, Lerman oversees the school’s Office of the Dean for Graduate Education, the International Students Office, and the Graduate Student Council. He serves as the chief deputy of MIT’s chancellor, according to the school’s Web site.

Lerman has worked at MIT for more than 40 years, earning his Bachelor’s and Master’s degrees as well as his PhD from MIT. He began teaching there in 1975 as an assistant professor of civil engineering, and ultimately was appointed to his current position in 2007.

“His awards and honors have included the Advisor of the Year Award from the National Association of Graduate and Professional Students, the Maseeh Teaching Award for best departmental teacher and the Class of 1922 Distinguished Professorship,” according to a press release.